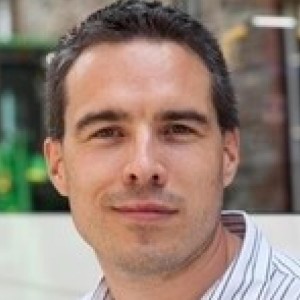 IES analysis of December’s Labour Market Statistics and new report on the impacts of the coronavirus crisis on the labour market.

This briefing note sets out analysis of the Labour Market Statistics published this morning (15 December). They show that the labour market was starting to recover through September and October, and that the impacts of the second lockdown in November appear to have been fairly muted so far.

On a quarterly measure – so comparing August-October with May-July – employment is down by 140 thousand and unemployment is up by 240 thousand.  However underneath this, the single-month estimates of employment have been broadly unchanged for the last three months, with increases in unemployment being driven by more people who were previously ‘economic inactive’ starting to look for work as the economy showed signs of recovery.

Perhaps most strikingly, in the last three months we have seen significant falls in employment for men – down by 150 thousand – while employment for women has risen slightly, driven by a rise of over 160 thousand in the number of full-time employees.  This may well reflect people increasing hours in response to their partner losing their job or income, as we have seen in previous crises; or women working in health and social care having to increase their hours in response to the impacts of the pandemic.

Looking at the snippets of data that we have from November, it does appear that the second lockdown may have led to a further weakening, but this is on nowhere near the scale that we saw in the spring.  Flows out of PAYE employment in November were just over 100 thousand higher than they had been in the previous three months, but remained well below the levels seen in April.  New claims to Universal Credit were around 50 thousand higher in November than in recent months (so nowhere near the million-plus monthly rises in the first lockdown) and the single-month vacancy figure fell back between October and November.  On the other hand though, flows into PAYE employment also grew strongly in November, reaching pre-crisis levels for the first time.

Overall, today’s figures could have been significantly worse, but they also appear to be unlikely to get significantly better any time soon.  This reiterates the need to do all that we can to support a jobs recovery in the new year – in particular by ensuring that we can get a trade deal with the EU and can do more to boost jobs growth, hiring and support for the unemployed.

New report: The impacts of the coronavirus crisis on the labour market

Separately, we also published yesterday more detailed analysis of the impacts of the crisis on the labour market, looking in particular at how the distribution of employment is changing and the implications for disadvantaged groups as the labour market starts to recover.  Looking ahead the impacts of the second lockdown in November, a likely further lockdown likely in the new year, our absence to secure a trade deal with the EU and the winding up of the Job Retention Scheme all present significant risks and uncertainty for the early part of next year. So we believe that there are four key priorities for our labour market response as we head into 2021:

See more about the Institute for Employment Services.